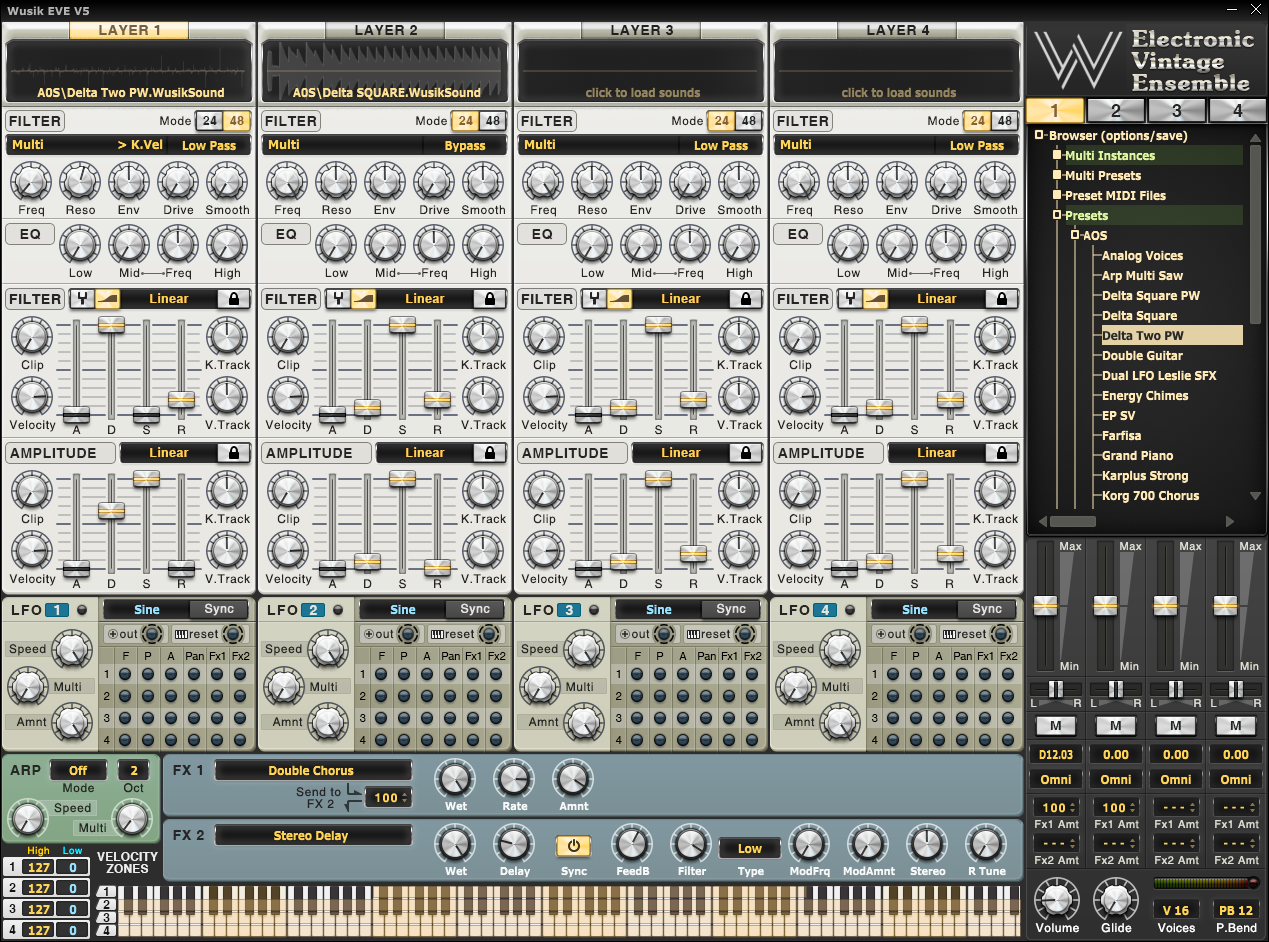 Wusik EVE (Electronic Vintage Ensemble) has been a great plugin for quick sound creation, with a simpler interface (when compared to Wusik Station and Wusik 8008). But sadly it has been forgotten in time and never got a proper update for modern coding, until NOW. The product is now fully featured with 4 Layers which can load any sound from the Sound Collection provided with both Demonstration and Full versions. There are no presets, you just load sounds as you want and create presets on the fly. You can test it fully without restrictions right now.