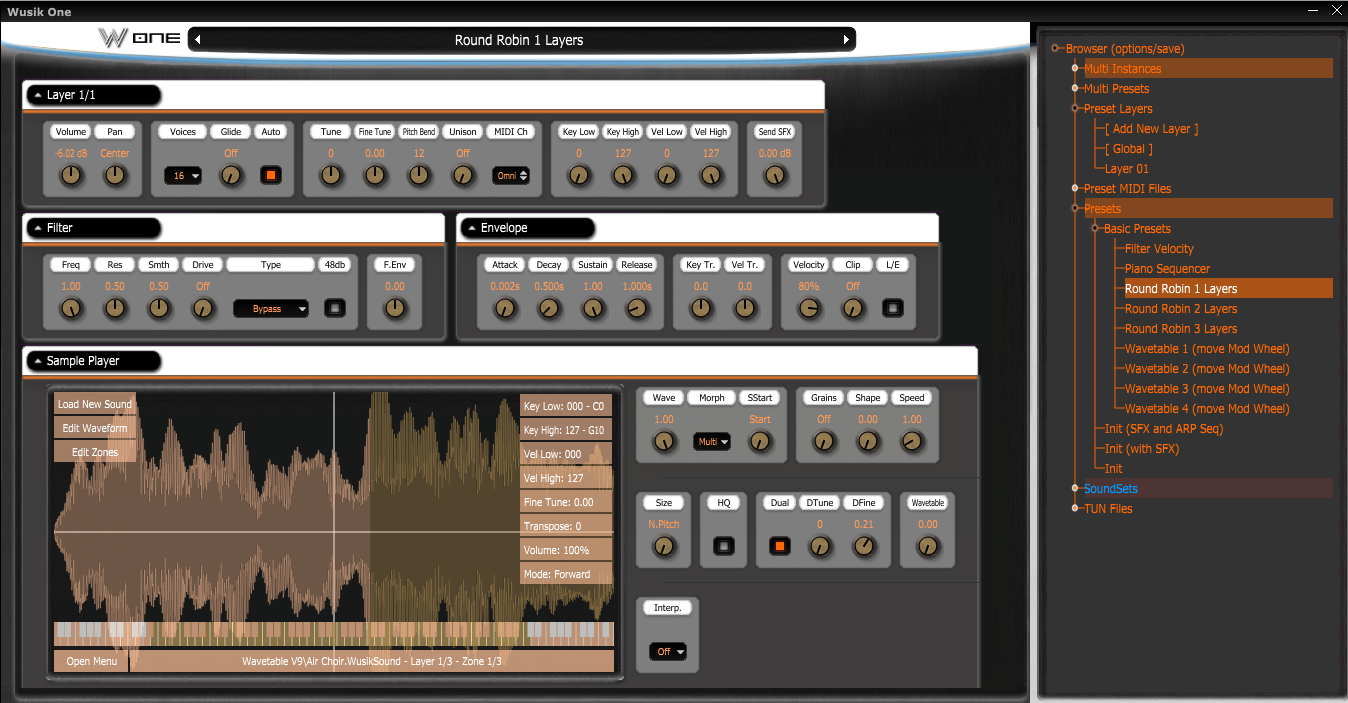 A Lightweight Plugin for Heavy Sample Loading featuring Round Robin and Wavetable playback, plus other features. All based in the same engine as Wusik 8008 and Wusik Station V9, but with a simpler interface and some options removed. It comes with the same 16 Gig Sound Collection as Wusik Station V9.

The idea behind it is to have a smaller plugin that loads up SFZ, WAV, WusikSND and other formats for direct sample playback. No fuzz, no heavy resources.